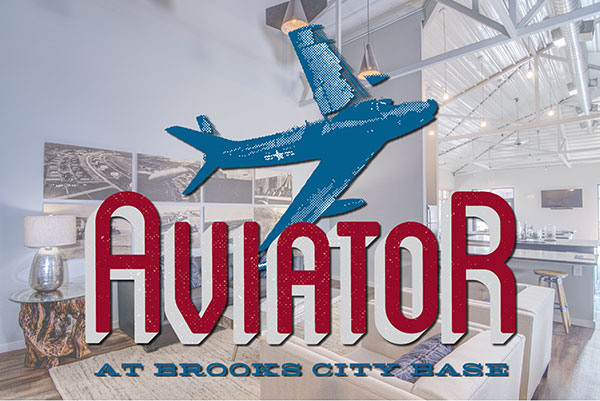 16 May Brooks City Base To Become Apt Community

Posted at 14:44h in Aviator at Brooks City Base by MissionDG

From the PPA Group:

SAN ANTONIO–On Wednesday plans were announced to convert the barracks at Brooks City Base into residential apartments. The PPA Group and 210 Development Group have partnered with Brooks City Base on the project, which has been named Aviator at Brooks City Base. “Saving these buildings that would have potentially ended up in a landfill and converting them into new apartments is a way that we can pay homage to San Antonio’s rich military history,” The adaptive reuse project will renovate four existing structures, which formerly served as officer-enlisted quarters. Three additional buildings will be built to bring a total of 280 apartment units to the market. “These apartments will truly be unique due to the character and ambiance that comes with adaptive reuse projects,” said Mark Tolley, partner at 210 Development Group, at the event. “Even the old dining hall will be converted into a leasing office/community center for the project. This is an opportunity for smart growth, green building and infill on San Antonio’s Southside.” Units will range in size from 780 square feet to 1,000 square feet. Amenities of the project will include two swimming pools, a community center, and a gym membership to the Brooks City Base Health and Wellness.